Mapping the need for Public Services in Third World countries 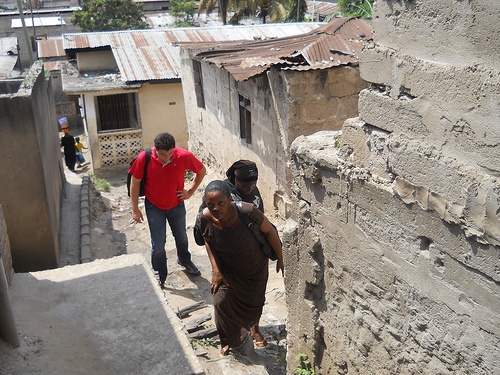 Between August and November 2011, as part of the Open Development Technology Alliance (a project run by Global ICT, TWICT/SDN and World Bank), Mark was involved in leading the survey and mapping of the informal development of Tandale, Dar Es Salaam, in Tanzania.

The survey process involved students from regional universities and citizens from Tandale itself. The geospatial data collected from this survey went on to be utilised by the local government, which aided the decision making in the deliverance of public services. The project also engaged the Tanzanian Commission of Science and Technology in building capacity in geospatial data collection and general GIS skills. This, in turn, has stimulated discussions on how data collected using a ‘crowdsourced’ methodology can be used as a component of Tanzania’s spatial data infrastructure, with themes of data trust and quality at the foreground.

Mark’s work was also of relevance to other third world countries (including Uganda, Kenya, Zambia and Burundi) as part of the Living Labs and Southern Africa Innovation Support Programme.

As of 2017, Mark is now a Geospatial Lead and Research Fellow within the N-Lab at the Nottingham University Business School.