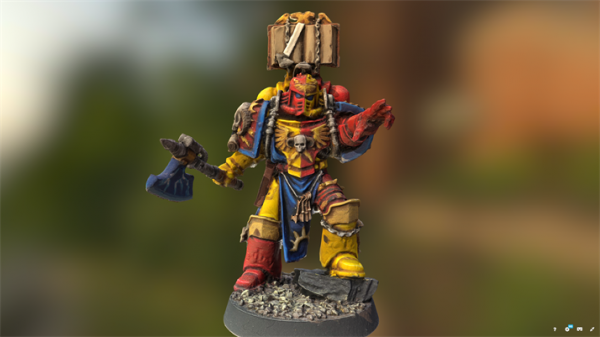 Dimitrios Darzentas is a member of the Horizon CDT 2012 cohort.

In March 2016, with the support of his academic supervisors, Dimitrios was successful in being awarded £34,500 of EPSRC Impact Acceleration Account funding from the University of Nottingham to deliver the knowledge transfer Mixed Reality Storytelling project, which focuses on researching the digital footprints of interesting things.

Mixed Reality Storytelling is delivered from the Mixed Reality Lab of the University of Nottingham. Its overall aim is to explore the ways by which contemporary technology has influenced our relationship with the material objects that surround us in our daily life.

In particular it centres on the hobby of Miniature Wargaming. The wargaming community routinely records and shared information about the practices of the hobby, such as the details of their craft, the background stories of their models and armies and battle reports of their games and campaigns. This information is commonly formed into stories and narratives that are prized by the community.

The impact of the research is demonstrated by an interactive exhibit at the National Videogame Arcade in Nottingham, which features an Augmented Reality – enabled miniature diorama. Visitors can use mobile devices to explore multiple layers of information about the setting of the diorama and the individual models upon it, including their backstories, gameplay exploits and craft details. In addition there is a miniature 3D scanning booth that is an evolution of a design developed during the research. It gives visitors the option of having one of their own miniatures scanned and turned into a high fidelity 3D model for their own use. The exhibit and the resulting scans are supported by an active web space and social media page that engages visitors to engage with the project in the long term. 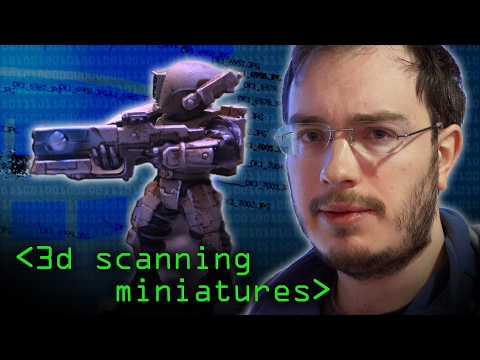 Dimitrios has produced various videos about his research for Computerphile, and you can view these on the Horizon CDT Computerphile videos page.